This event provided an excellent opportunity to celebrate the existing friendship and cooperation between the Hong Kong International Arbitration Centre ("HKIAC") and the Vienna International Arbitral Centre ("VIAC") in a festive setting and to sign a cooperation agreement. It was signed by Sarah Grimmer, SG of HKIAC and Günther Horvath, President of VIAC-Board, as well as Nikolaus Pitkowitz, Vice-President of VIAC-Board.

The first International Legal Forum «Tashkent Law Spring» was held from 25 to 27 April 2019 in the heart of the Central Asia, the capital of Uzbekistan – Tashkent. The main topic of the Forum was “Law in an era of rapid modernization”. It was a great success and the participants enjoyed great panels and discussions and the overwhelming hospitality of our hosts. Our Secretary General Alice Fremuth-Wolf was part of the panel chaired by Carolyn Lamb on “International arbitration and judicial proceedings”. 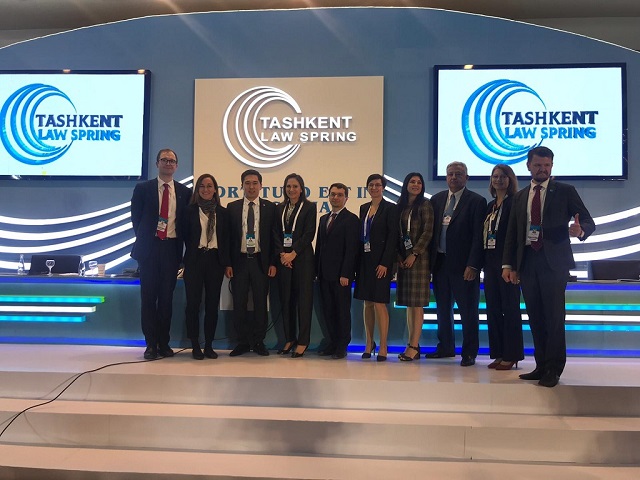 In the course of the conference, the VIAC concluded a cooperation agreement with the Tashkent International Arbitration Centre ("TIAC"). It was signed by Diana Bayzakova, SG of TIAC and Alice Fremuth-Wolf, SG of VIAC.

Ms Teresa Cheng, Secretary for Justice, visited VIAC on 18 April 2019 with. Günther Horvath, Nikolaus Pitkowitz and Elisabeth Vanas-Metzler welcomed the delegation from HongKong. SJ Cheng pointed out the similarities between Vienna and HongKong in their role as gateways for investors from Europe into Asia and vice versa. She also welcomed the co-operation between the two arbitral institutions VIAC and HKIAC. Future joint projects were discussed and a more close co-operation between Vienna and Hong Kong.