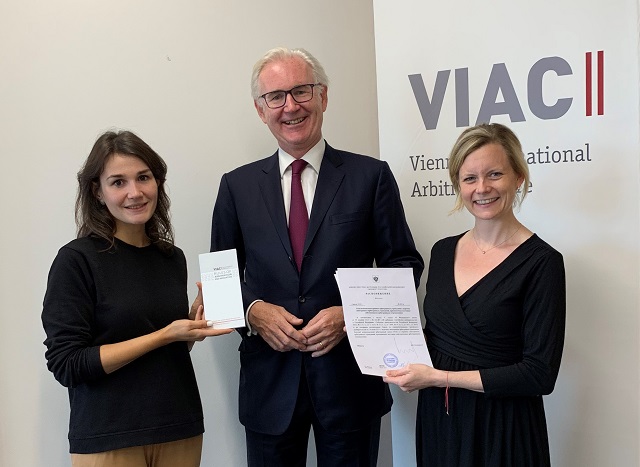 On 18 June 2019, the Council for the Development of the Arbitration Process of the Ministry of Justice of the Russian Federation recommended granting VIAC the status of a PAI (“permanent arbitration institution”) under Russia’s Federal Law on Arbitration dated 29 December 2015. As of 11 July 2019, VIAC is now officially included in the list of foreign arbitral institutions recognized as a PAI (as per order No. 845-r issued on 4 July 2019). We are the first European arbitral institution to have received a government permit. This registration is crucial in order to ensure enforcement of VIAC awards also in the future in the Russian Federation.

Lord Goldsmith QC comments in a debrief of Debevoise on 26 June 2019:

“Russian and Russian-based disputes are an important part of the diet of international arbitration. Parties involved in international transactions need to have confidence entrusting the adjudication of these disputes. It is good therefore that the recognition of the VIAC as a permanent arbitration institution will provide another choice for businesses when it comes to choosing a method to resolve their disputes and that arbitral awards resulting from disputes resolved in this way will be enforced in Russia.”